One of the great things of having a modified Super-Jeep, is that I’m able to exit the light pollution of the city even with heavy snow of the roads, and bring people outside the capital area to experience the full contrast and colors of the Northern Lights. 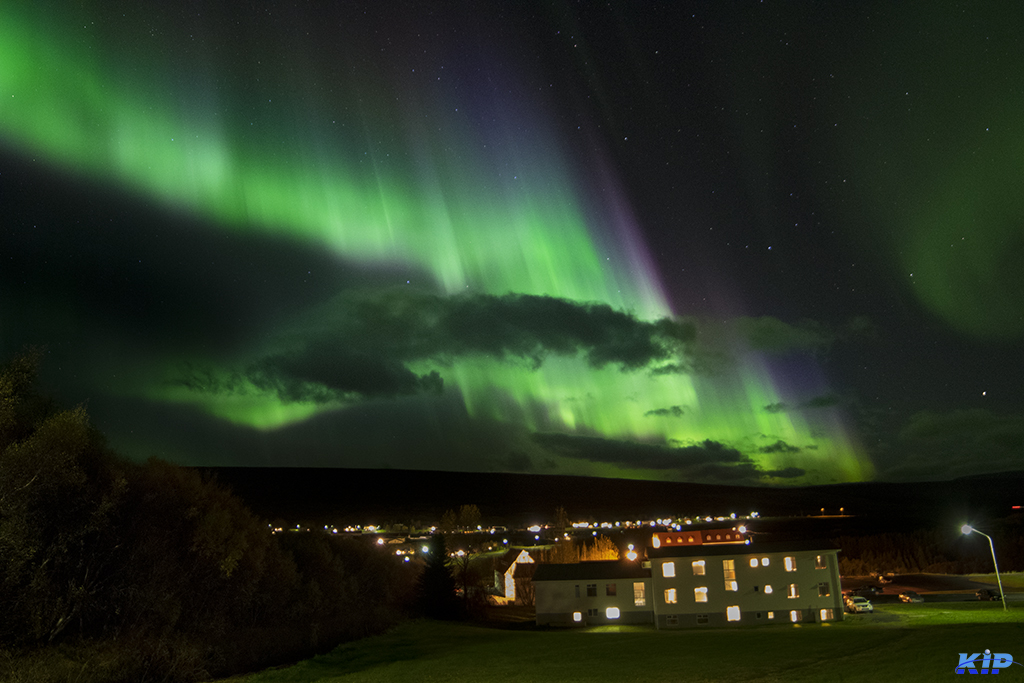 There are things to consider that affect the chance to see it, the Northern Lights. Things like season, weather, length of stay, location and luck. Of course, there are other great things to do in Iceland in the winter and it’s always best to think of seeing the northern lights as an added bonus. 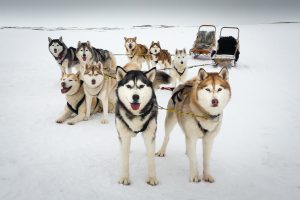 Dog sledding is available in the area

Please contact my by email for more information: kip@kip.is

MUST IT BE COLD TO SEE THE NORTHERN LIGHTS?

The lights are high above the weathersphere and the temperature on the ground does not play a part.

But it is true that it is usually cooler on the ground at night when there’s no clouds to prevent the warmth to escape into space.

WHY DO THE NORTHERN LIGHTS SHINE SO BRIGHT?

The northern lights, or simply, the “lights”, emit light because particles ejected from the Sun collide with gasses in the Earth’s athmosphere. The colour depends on the gas it collides with, for example, oxygen or nitrogen.

Did you know, when there are northern lights, there’s also southern lights. Perhaps the correct term to use for the lights is simply the “lights”. The reason for this is that there’s a magnetic south and magnetic north which pulls in the particles ejected from the Sun.

MY FAVORITE PLACE TO SEE THE NORTHERN LIGHTS

My favorite place to search for the northern lights is where ever there isn’t road traffic or light pollution, and a WC nearby 🙂 .

Ionisation of air molecules in the ionosphere is produced by ultraviolet radiation from the Sun, and to a lesser extent by high-energy particles from the Sun and from cosmic rays.

On certain nights at high latitudes shifting patterns of light may been seen in the sky. These are the aurorae. The bright lights are caused by high-energy particles streaming out from the Sun – the solar wind – striking the Earth’s upper atmosphere or ionosphere. Energy from these electrically charged particles is converted into light, forming visible glows, rays, arcs, bands and veils. This light is usually greenish, but is sometimes red as well. The charged particles are attracted by the Earth’s magnetic field. Near the magnetic poles, the Earth’s magnetic field becomes much stronger. Consequently, it is nearer the magnetic poles that the aurorae are most frequently witnessed.

The power of aurorae depends mostly on the strength of the solar wind. During an intense solar storm, the wind can intensify very strongly, and aurorae may be seen at lower latitudes further from the magnetic poles. Every 11 years, at the peak of the sunspot cycle there is an increase in intensity of the solar wind, and with it, an increase in frequency and intensity of auroral displays.

Aurorae occur in both the Northern and Southern Hemispheres. In the Northern Hemisphere, the display is known as the aurora borealis, or northern lights. In the Southern Hemisphere, it is called the aurora australis, or southern lights. The term aurora polaris, polar lights, is a general name for both. Aurorae are usually visible from within the Arctic or Antarctic circles – Antarctica, Greenland, Iceland and Northern regions of Canada, Alaska, Scandinavia and Russia. During times of more intense activity on the Sun, auroral storms can be viewed at lower latitudes such as Iceland, northern Scotland and most of Norway, Sweden and Finland.